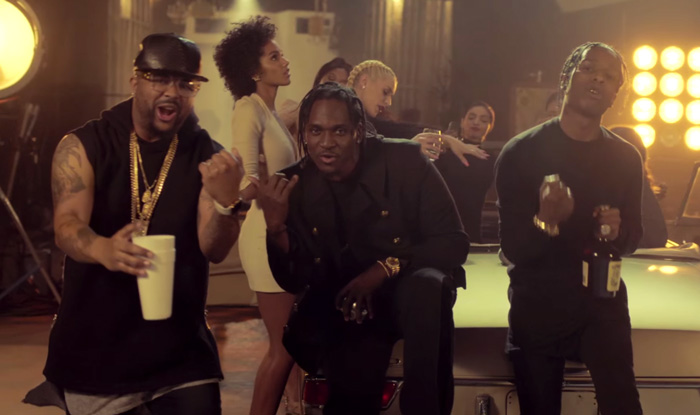 Pusha T continues to push his stellar King Push: The Prelude – Darkest Before Dawn album, which was released in December, with thematic music videos, the latest of them being the album’s posse cut, “M.P.A.,” featuring Kanye West, A$AP Rocky and The Dream.

Though Kanye doesn’t make an appearance in the Shomi Patway-directed music video, Rocky and The Dream are present as Pusha points out the fallacies in Hip Hop’s obsession with money, pu**y and alcohol, with some help from some oiled up models and a couple faux-music video sets.