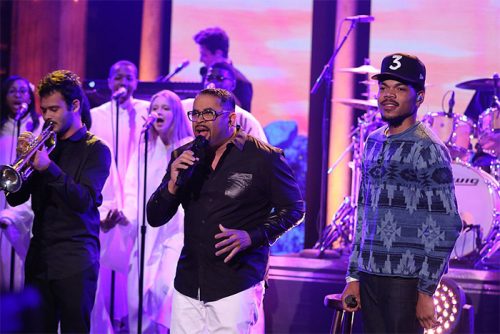 Fans are celebrating Surf Day with even more music from Chance the Rapper. That’s because Donnie Trumpet and The Social Experiment have unveiled a new song, “The First Time,” in honor of their critically-acclaimed album’s one-year anniversary.

The song, which runs over 10 minutes, is a melodic journey with Chance singing and delivering rhymes throughout. It’s a multi-layered release with pauses, transitions, and tempo shifts that make it feel like several cuts in one.

Listen to “The First Time” below.