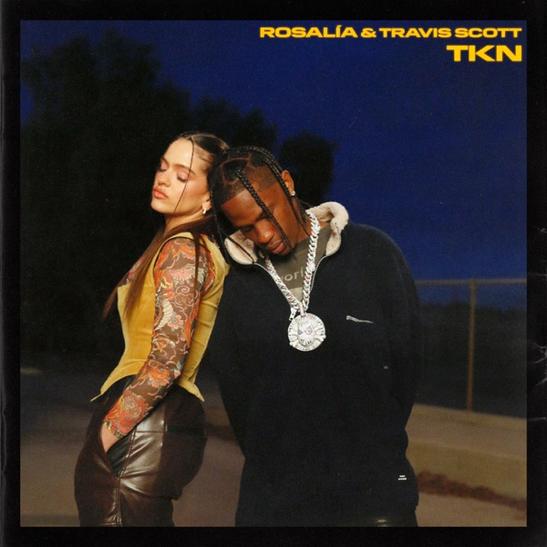 Rosalía debuted her new single “TKN” featuring La Flame. The song boasts plenty of Latin trap and reggaeton flavor with Scott rapping in both Spanish and English. For his verse, he talks seductively about a curvy woman that catches his eye.

The song “TKN” is the second collaboration between Travis Scott and Rosalía. The duo previously teamed up on the remix of his song, “Highest in the Room,” which also features Lil Baby, from the Jackboys compilation album.

The project features Travis along with tracks by artists on his Cactus Jack label, including Sheck Wes and Don Toliver.