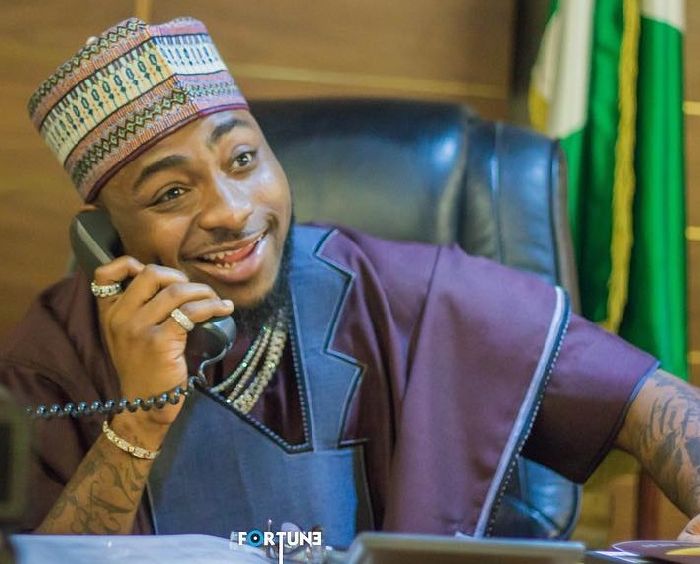 If Davido says his gateman has two houses and three cars, we don’t think anyone would challenge that statement because we all know how benevolent he is.

Even though he didn’t plan to reveal the details of the number of properties his gateman owns, it just so happened that someone was singing his praises on Twitter and that was when we all got to see the big shocker.

A fan had taken to Twitter on Sunday, July 28, 2019, where he sang the music star praises for working with an upcoming artist. “Davido Working with Lyta brings Orgasm to my eyes 😩♥️ Davido has been helping young talent since 1846. There’s nobody around Davido that’s not successful. I repeat Nobody, even his gateman is richer than me,”

Then came the response we all didn’t see coming from Davido;

Trust social media, as this reply sent Twitter into a frenzy. Shocked?

We aren’t as we all know how the music star spreads his wealth around his team and outsiders. Recall the time he bought Mercedes Benz cars for his 30BG crew…yes!!! Davido is cool like that.

The music star took to his Instagram stories on Thursday, March 7, 2019, where he announced his plans to buy cars for his crew. Just so we all know that he isn’t joking, Davido shared a photo of the first recipient of the car gift in his crew, Aloma.

“I’m on a buying car spree for all my n**gas! Nah Lati car go drop last! Let’s start with @aloma_dmw,”