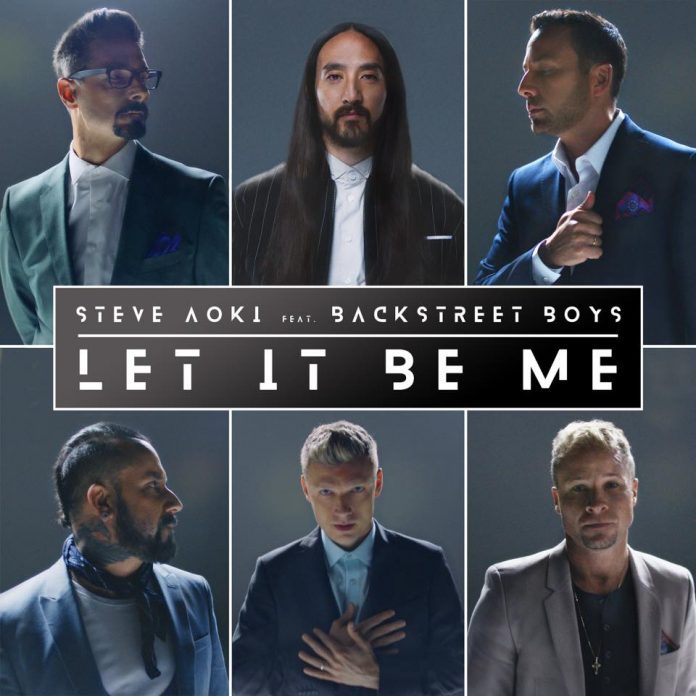 “Let It Be Me,” the much anticipated cross between boy band legends Backstreet Boys and EDM trailblazer Steve Aoki, has officially arrived.

The collaboration is a smart one, simultaneously stroking the nostalgia of the undoubtedly large Millennial audience between these acts while bringing in a new generation of listeners with its contemporary crossover construction.

“Let Me Be Me” starts off in a breezy way, with a catchy, yet simplistic guitar progression giving into vocals. Per Aoki’s recent dance music aesthetic, the single drops into a midtempo burst of horn-inspired synths. One can argue this song was made to be sung along with by the masses.

Backstreet Boys seem to be on some sort of a comeback kick. The group recently began releasing music together, and are now making their rounds about the states on their DNA tour. Their collaboration with Steve Aoki ensures their continued tapping into the fabric of youthful music consumers.

DOWNLOAD Steve Aoki – Let It Be Me Ft. Backstreet Boys