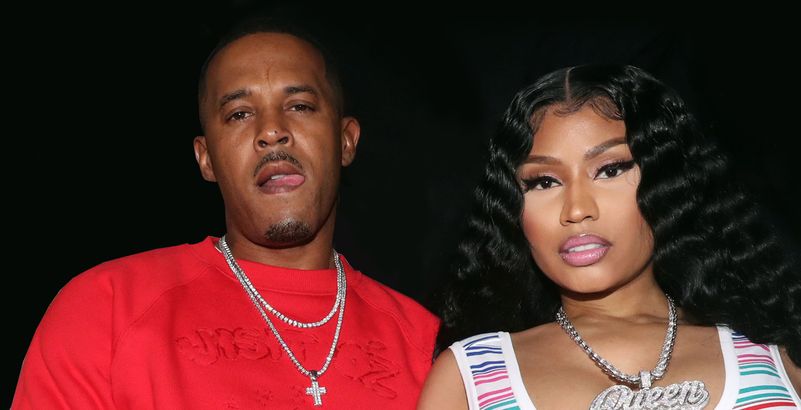 Award-winning American rapper, Nicki Minaj has given birth to her first child with her husband, Kenneth Petty. The rapper and husband Kenneth “Zoo” Petty who got married in a low key ceremony last year welcomed their baby on Wednesday, Sept. 30, in Los Angeles, according to reports.

The “Megatron” rapper broke the internet with her pregnancy news on Instagram in July, alongside a set of glam snapshots featuring the singer baring her baby bump. However, the gender of the child and the name have not yet been made available.

The new parents haven’t revealed their bundle of joy’s gender or name just yet. Minaj announced her pregnancy in late July in a series of Instagram posts.

In the first post, Minaj wore a bikini and showed off a side view of her baby bump with the hashtag “#Preggers” and a heart emoji.

In two more posts following her initial announcement, Minaj shared more photos of her holding her growing belly. In the third post, she writes, “Love. Marriage. Baby carriage. Overflowing with excitement & gratitude. Thank you all for the well wishes.”

News that Minaj was expecting came just a few months after the performer had announced she was retiring, then quickly backtracked.

A few weeks later, in an interview with Billboard, the rapper clarified her future plans.

“I love music and interacting with fans, so I can’t really see taking myself completely away. But I want to be open to other possibilities in my life,” she said. “I do believe it is important to become a woman outside of the magnifying glass. I have to make sure that I’m well-rounded as a human being.”

Minaj and Petty tied the knot in October after nearly a year of dating. At the time, Minaj shared her martial bliss with a video of matching “Mr. and Mrs.” mugs and coordinating “Bride” and “Groom” baseball caps.

“10•21•19,” the rapper captioned the footage, appearing to refer to the lovebirds’ official wedding date.

Minaj and Petty started dating in 2018 before becoming Instagram-official in December of that year. Their relationship made waves after Petty’s criminal history came to light.