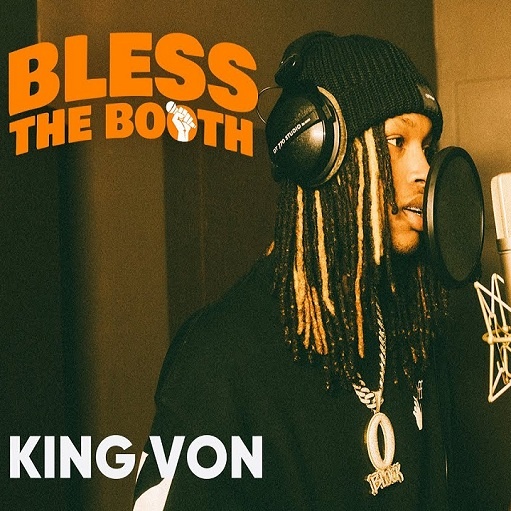 King Von tragically lost his life after a reported altercation with Quando Rondo and his crew in the parking lot of an Atlanta-area hookah lounge, which prompted a shoot-out. The rapper was quickly transported to a nearby hospital, where he was pronounced dead.

Since his death last month, fans of the Chicago rapper have been mourning him, including his close friend Lil Durk who is doing everything he can to memorialize his young 26-year-old protégé. Durkio released his latest single today, titled “Backdoor“, and now a posthumous freestyle from King Von has dropped, courtesy of Audiomack.

The publication and streaming service has just gone live with their Bless The Booth freestyle, which features King Von. The rapper spits menacing bars, letting everyone know what he was all about and preaching his street lifestyle.