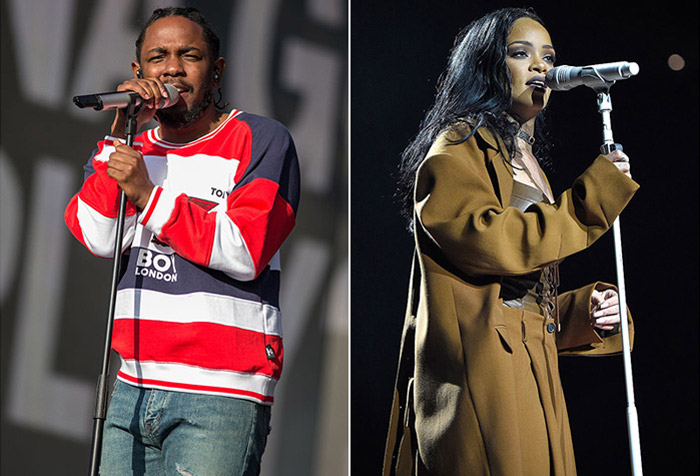 The follow-up to the critically acclaimed (Some might say critic bait) To Pimp A Butterfly album came via a surprise announcement three weeks ago with new single, “The Heart Pt. 4“, which was then followed by the video and song, “Humble.”

And one of the features on Kendrick Lamar’s new album “Damn” is none other than Rihanna on the song, “Loyalty.” is a stand out track from “DAMN.”.

Take a listen below: