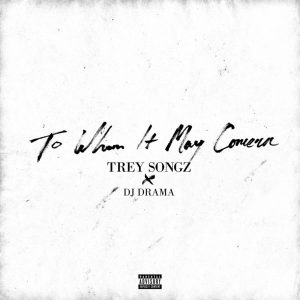 and DOWNLOAD Trey Songz’ surprise mixtape “To Whom It May Concern”.

Trey Songz releases a new mixtape To Whom It May Concern with assistance from Mr. Thanksgiving himself, DJ Drama.

The 12 song project doesn’t feature too many big names but there’s production from folks like KE On The Track, Rico Love, Mano and DJ Mustard.