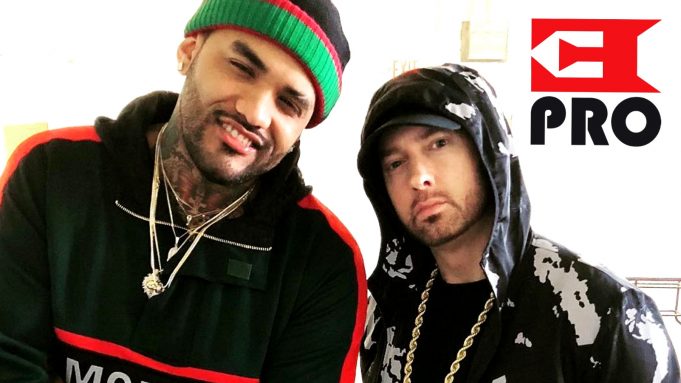 Joyner Lucas and Eminem broke the internet some couple of days back when the snippet for their collaboration with the called “What If I Was Gay?” surfaced online to the surprise of all the fans.

Eminem and Joyner Lucas reunite on the unreleased collaboration “What If I Was Gay,” where the duo reflect on the controversies they’ve face throughout their respective careers.

In particular, Eminem is frequently attacked for homophobic lyrics and comments, which the title plays on. Em addressed the accusations during a December 2017 interview with Vulture:

All I was saying was I don’t swing that way. So when I started getting flack for it, I thought, Alright, you people think I’m homophobic… I was trying to push the buttons of people who were calling me something that I wasn’t. The honest-to-God truth is that none of that matters to me: I have no issue with someone’s sexuality, religion, race, none of that.

This track marks the second official collaboration between the two rappers following August 2018’s “Lucky You.”

DOWNLOAD Joyner Lucas – What If I Was Gay? Ft. Eminem