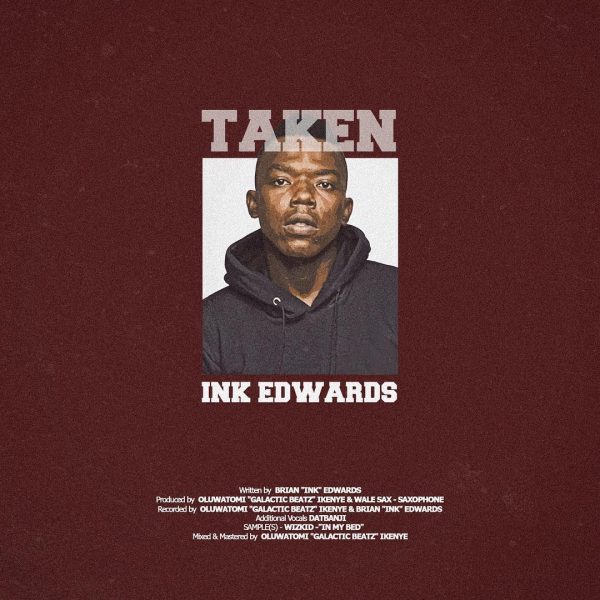 ‘Taken’ comes after INK Edwards’ seven-track extended play, ‘Girls That Came By’, released in December 2017. The EP has been described by music critics as “a candid, yet playful compilation of rich contents.”

As INK Edwards earlier promised to stay consistent with his releases this year, ‘Taken’ ushers us into his musical activates. The song is a blend of groovy and mellow rhythm, laced on vibrant lyrics.

Known for his versatility, the singer, rapper, songwriter and poet further employs the services of Wale Sax to create a fresh impression, ‘Taken’ is a love song that cuts across all ages – from older generations to younger generations.

On the new art, ‘Taken’, DatBanji added some sonorous vocals, INK Edwards also recreates some lines of Wizkid’s ‘In My Bed’ hit single, makes it more stimulating and relatable to suit the new sound.