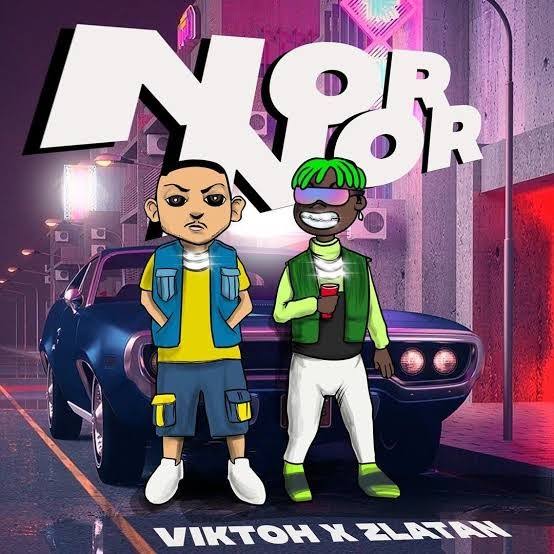 Ex YBNL act, Viktoh kick starts a new phase and 2020 with the release of this smashing single titled “Nor Nor” featuring Zlatan. After a long time off the music scene (more than a year) Og-Viktoh makes a return with this Zlatan assist record. And the new sound is something we loving already as it been on repeat bursting our speakers.

For years now Viktoh hasn’t been constant with music. It has always been one single yearly since 2018 with ‘P-Popping‘ featuring Olamide and ‘Osaemudia‘ in 2019. But after making the news recent with how escaped death Viktoh shared he is now back for good and as the King Of The New Wave.

While dishing out this new banger! he shared… ‘I am excited I found a new sound, more unique, and more detailed. I also found a feature, in whom you are well pleased. This present body of work is the beginning of a new wave, 2nd Listed song on my upcoming album. Let’s do this together’.

“Nor Nor” is a an Afro-Pop sound blended with the Zanku sound and vibe. Zlatan did justice to with as he graced the record with his ad-libs, lamba, banging vibes, rap and catchy Zanku melody. Viktoh also didn’t come short as his vocals brought life and melody to the song. This a sure Jam Get On Digital Stores.