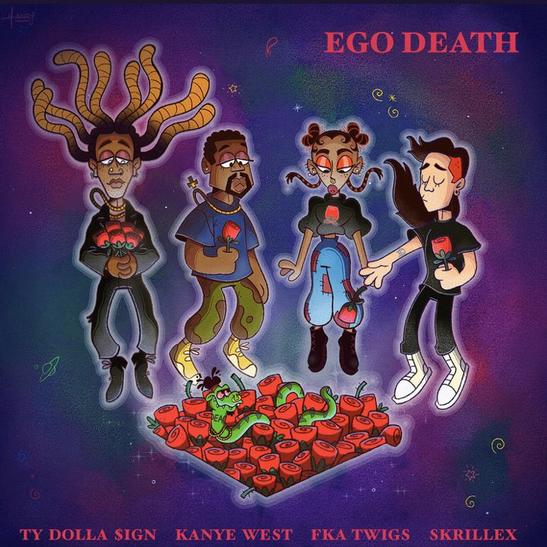 During the Yandhi era, Kanye West and frequent collaborator Ty Dolla $ign began working on what has been described as a follow-up to their hit single “Fade.”

The hip-house track was previewed at a Coachella party, unveiling contributions by FKA twigs, Skrillex, and Serpentwithfeet. The song was called “Ego Death.”

Over one full year has passed and still, the track was nowhere to be found. This week though, Ty Dolla $ign started hinting at its arrival again, slowly uncovering the artwork with an animated cartoon of himself next to blurred out characters. Day by day, Ty unblurred his friends, which included FKA twigs, Skrillex, Serpentwithfeet, and finally, Kanye West.

The song is officially out, marking the possibility of a new album from Ty Dolla $ign coming soon. “Ego Death” was originally meant to be the lead single for his forthcoming body of work. In it, Ty discusses how he has changed for his loved ones.