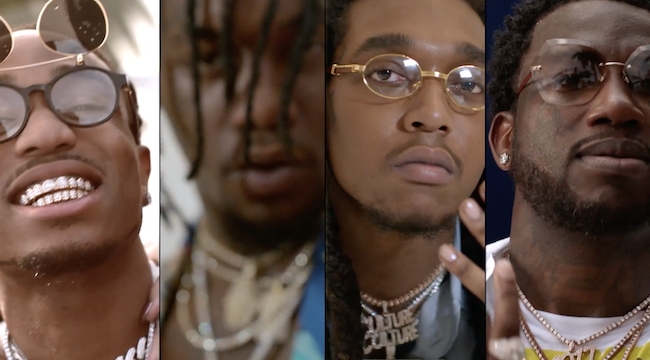 “Slippery” is a song by American hip hop group Migos featuring featuring fellow Atlanta-based rapper Gucci Mane. It was sent to radio on May 16, 2017 as the third single from their second studio album Culture (2017).

The song was produced by frequent collaborators Deko and OG Parker. The meaning behind the song is about orgasm, with the line, “splash, drip drip, splash”, which soon became a popular internet meme.