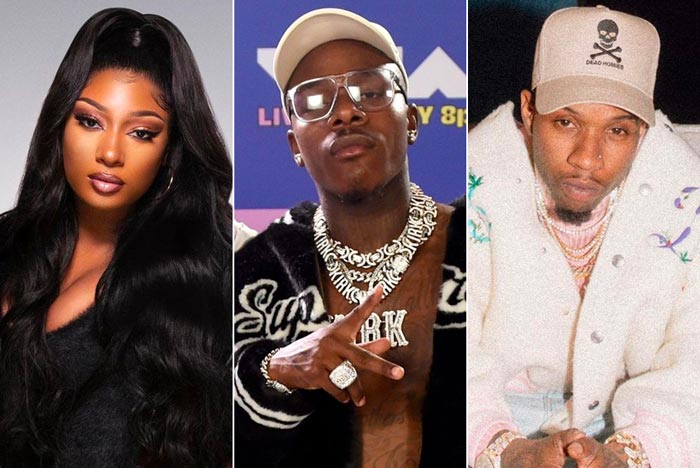 Megan Thee Stallion has a long working relationship with DaBaby, releasing some of her biggest hit singles with the rapper as a featured artist. They work tremendously well together, and they seemingly have a lot of chemistry in the studio. Earlier today though, DaBaby was revealed to be working with Tory Lanez, Megan’s accused shooter, on a new single and music video.

Because of DaBaby’s history with Megan, many viewed the move as a disloyal one, calling out the rapper for supposedly back-stabbing the H-Town Hottie. Megan Thee Stallion has officially chimed in with her own commentary on the matter.

Mere hours after Tory Lanez announced that he was teaming up with DaBaby on some new music, Megan came knocking with some heated tweets. “Nice try,” she initially wrote alongside laughing emojis, subliminally referring to the situation.

She followed up by retweeting a fan who replied to her with, “that ain’t dababy that’s my baby” before hitting again, responding to another Hottie who said, “f*ck dababy all 2021” with “That sh*t was old and not cleared.

Her final comment is referring to the new verse that Tory Lanez got from DaBaby, which she claims is from before her shooting.

Clearly, Megan feels a type of way about how people are reacting to this. The sentiment is arguably well-deserved though, especially considering all of the hits that she’s got with DaBaby.

What do you think about this situation involving Megan Thee Stallion, DaBaby, and Tory Lanez?