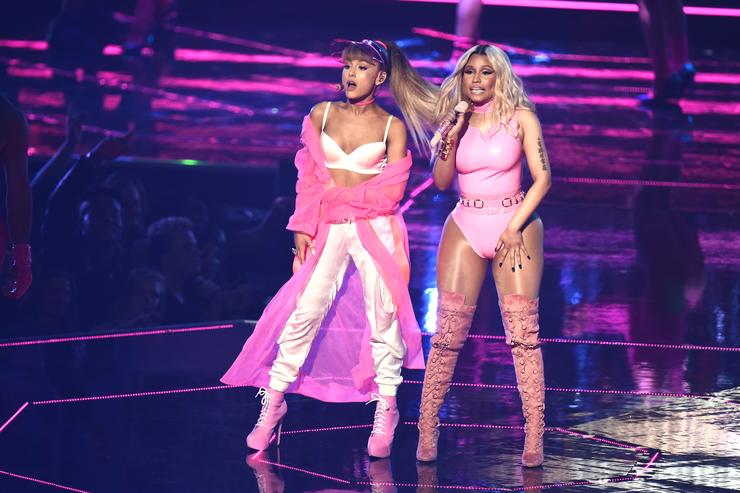 Ariana Grande informed us that her next single would be titled “bed” and most recently, the singer shared a teaser of the new track featuring guest vocals from Nicki Minaj and which will be set appear on her upcoming Sweetener album

Ariana’s upcoming project, fans are also prepping for her solo outing Queen, set for release August 10th.Nicki Minaj teased fans with a special announcement over the past few days and earlier today, she hit Instagram Live for her fans. The rapper revealed that her new album, Queen won’t be coming out on June 15th as previously announced. Instead, the project will be dropping on August 10th.

Pop star who released her debut album Yours Truly in 2013, followed by her second album My Everything, which featured the hit singles “Break Free” and “Problem.” She first gained fame as an actress, portraying Cat Valentine on the Nickelodeon series Victorious as well as on the show’s spin-off Sam & Cat, In 2011, she appeared alongside Miranda Cosgrove in an episode of iCarly titled “iParty with Victorious.