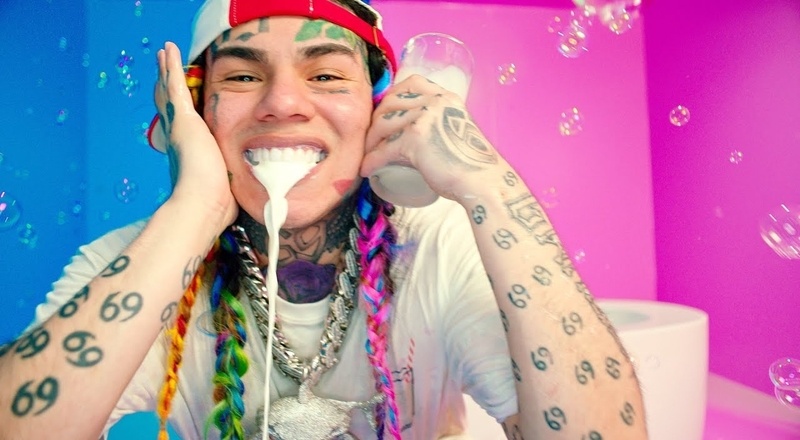 6ix9ine has returned with another new single, complete with a video that features enough gyrating asses to send a sailboat across the world’s smallest sea

And given that the shipping container he’s been filming in doesn’t have central air, all that wind might come in handy during these summer shoots.

Don’t let the heat fool you however, Tekashi is still keeping the milk on deck — and loads of it, nearly enough to put Tory Lanez’ most dairy-heavy Quarantine Radio sessions to shame.

Say what you will about the young neer do well, but he certainly knows how to craft striking visuals — even if he does tend to spit things out of his mouth a little too often.

On that note, 6ix9ine opts to spit entirely in Spanish on this go-around, lining up a bouncy anthem that seems designed for the clubs.

While his reputation might keep some DJs from sliding this into rotations, others may throw caution to the wind and see how the people react. In truth, it’s catchy enough to merit a few head nods, provided one is into this style of music. Yet the 6ix9ine bridge may be a little too far for some to even consider crossing — where do you stand?