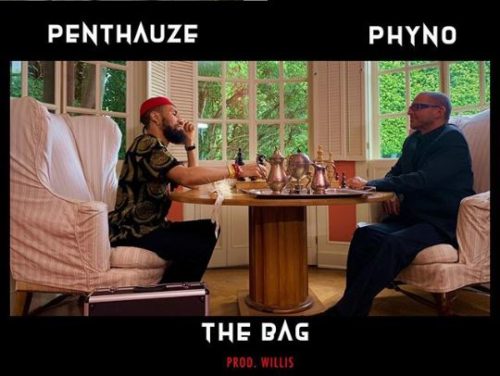 Penthauze front man, Phyno Fino finally serves us his long-awaited single to start the new month and second half of 2019.

The indigenous rapper repping the Eastern part of the country taps on talented producer Young Willis for the smashing beat. Both as a singer and rapper Phyno never disappoints as his delivery comes in topnotch.

On this record “The Bag“, Phyno says he is the happening man that he might look slim but his account fat like Yokozuna. He is ready to ball any nigga around him and the ladies that love money ‘cos too much money dey’.

‘The Bag’ is a follow up to his last single ‘Agu‘ which is still trending. Its got some catchy lyrics that will gum in your mouth instantly.

The crispy video sees Don Phyno living his best life in the States ‘The Bag‘, dealing with the whites in hard currency (Dollar). This is his latest record and its about the bag and the money (cashing out in foreign currency).

Phyno shows he is a man from a rich culture (the Igbo tribe) as he puts on his Isi Agu with Red Cap to transact with the white guys. He also used his tribe girls all dressed in native attires as maids and visitors entertainers.

Watch and Enjoy the crispy video below;