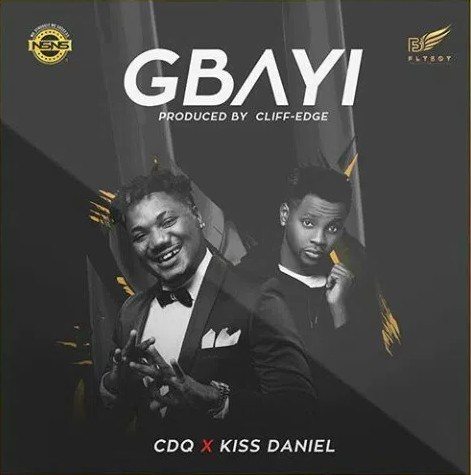 NSNS label boss, Sodiq Abubakar Yusuf  popularly known by his stage name CDQ, is a Nigerian indigenous hip-hop rapper and songwriter who is notably known for his hit single “Nowo E Soke” featuring Wizkid and Masterkraft’s Indomie where he was featured alongside Olamide.

Shortly after his last single, which is a freestyle titled 4A.M, the rapper shuffles out this new one titled Gbayi. The Cliff-Edge produced tune features Flyboy, Kiss Daniel.

A track like Gbayi should definitely get a befitting musical video in the following weeks to come. Certainly this a banging tune which is actually worth the hype and wait.